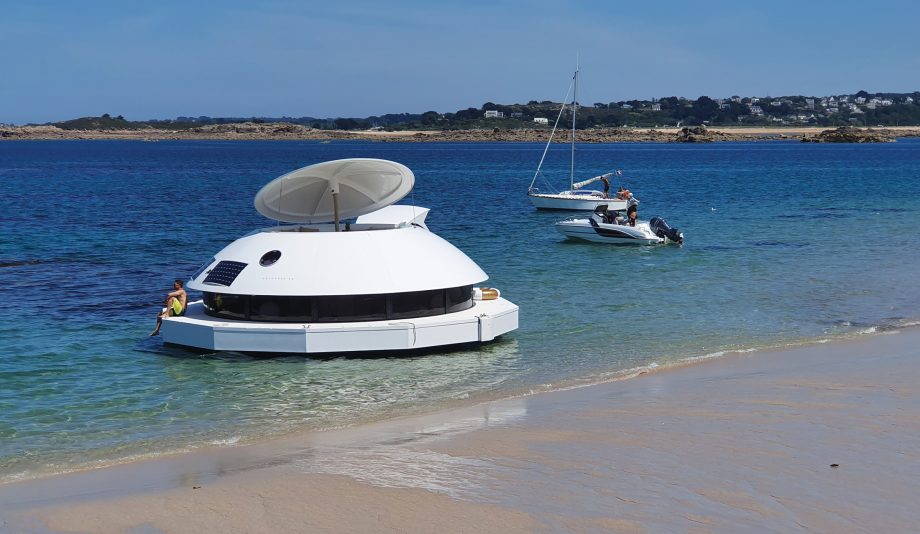 The Anthénea pod is a ‘luxurious eco-retreat that adapts to any waterbody in any climate’, according to its French manufacturer.

The 50m2 capsules are hotel suites with a living area, bed and bathroom, but in reality they are so much more.

The idea is that rather than building a conventional hotel, the operator just floats these on whatever calm area of water they’re based.

A glass panel in the base allows an undersea view and on top there is a 360-degree solarium for up to 12 people.

Seasickness, we’re told, is a thing of the past thanks to its stabilising ballasting and 360-degree vision on the horizon.

Best of all, it bears an uncanny resemblance to the escape pod James Bond used in The Spy Who Loved Me, who, when discovered in flagrante with a female Russian secret agent by an irate M demanding to know what he was up to, brilliantly retorted ‘Just keeping the British end up, sir!’

Cue Carly Simon’s ‘Nobody Does It Better’ theme tune and that’s a wrap! RIP Roger Moore.