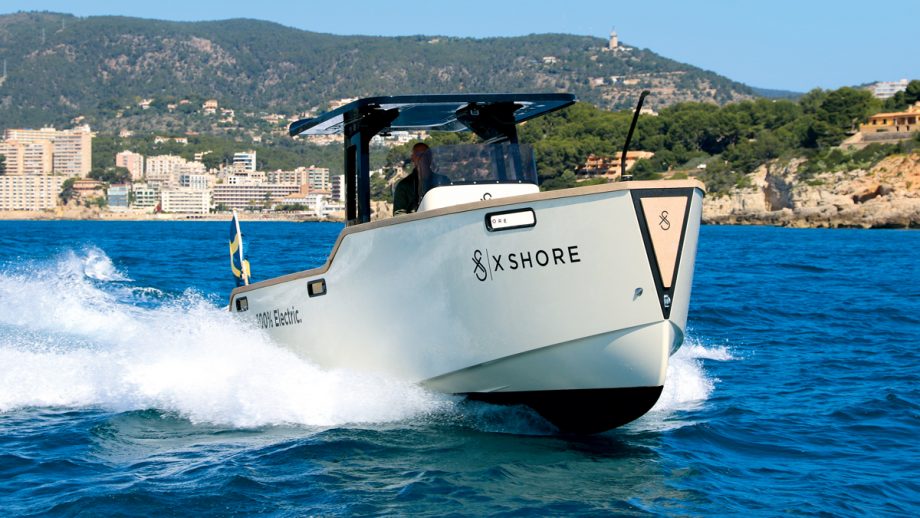 If you haven’t yet heard of X Shore, we can guarantee you soon will. Hugo Andreae takes its X Shore Eelex 8000 all-electric sportsboat out for a spin to see how it measures up to its petrol rivals...

Founded in 2012 by Swedish tech entrepreneur Konrad Bergstrom to develop and build the world’s first mass-produced electric boats, X-Shore attracted thousands of column inches of press coverage and the investment to match.

Crucially, however, the X Shore Eelex 8000 is now in build. The numbers may not be huge yet but with over 80 orders taken and 41 boats built, it is a proven product that on paper at least has the pace and ability to compete with its petrol-powered counterparts.

And unlike its Swedish rivals, the Candela C-7 and C-8, it doesn’t rely on computer-controlled foiling technology to deliver that performance, just a planing hull and a powerful electric shaft drive motor linked to a whopping great battery pack.

It’s a compelling offer that we were keen to test for ourselves but finding one we could sea trial during a Covid-affected launch period wasn’t easy. We finally managed to catch up with one in Palma, Mallorca, last month.

Being a 2021 boat belonging to the local Agapi boat club, the hull and sterngear weren’t quite as clean as a brand new boat’s so bear that in mind when looking at our range and performance figures.

However, having been used and abused by multiple club members for the best part of a year, it does prove that this isn’t some fragile showpiece but a tough, practical boat that can be put to work like any other craft.

Read Hugo’s full review of the X Shore Eelex 8000 in the July issue of MBY, out June 2.