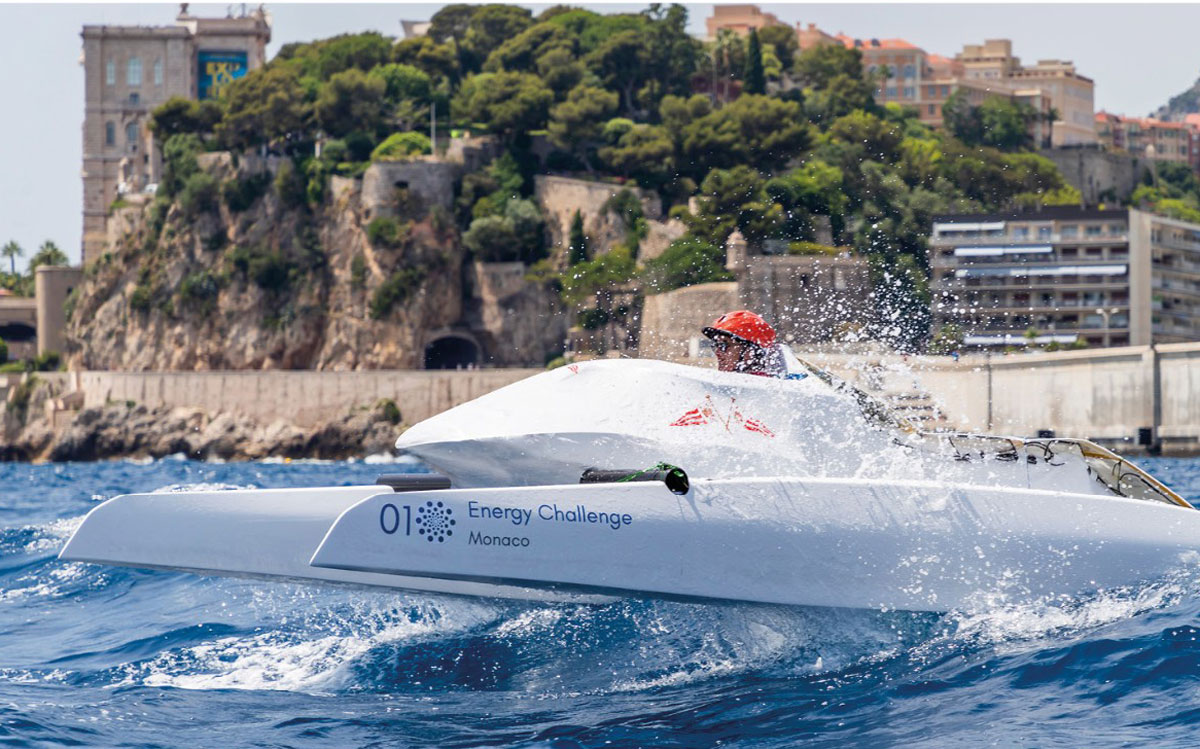 Anyone looking to see where the future of boating is headed could do a lot worse than hopping down to Monte Carlo next month, as the Monaco Solar & Energy Boat Challenge is returning to pit the marine world’s brightest young minds against each other in a series of races.

From July 2-6, the Yacht Club de Monaco will host conferences, talks and exhibitions focussing on alternative propulsion systems. The culmination is four days of racing and 34 teams have signed up to compete across three classes: solar, offshore and energy.

The latter is particularly interesting as entrants are supplied with a one-design catamaran hull (pictured below) and a set amount of energy – it is then up to them how best to maximise the power that they can generate, whether that is by using bio fuels, batteries, hydrogen, compressed air, LNG, or any other clean power source.

Meanwhile, the daily Tech Talks will allow green start-ups to pitch their ideas to attendees and the Monegasque elite. The best ideas will be selected by an expert jury and honoured by Credit Suisse, who will help them develop their business plans.

Bernard d’Allesandri, general secretary of the Yacht Club de Monaco, is particularly enthused about the level of participation: “It’s very encouraging to note that the future of our planet is mobilising all generations, in all countries and all sectors. It proves attitudes are changing and that they share a common interest in environmental issues.”

Previously known as the Solar 1 Monte Carlo Cup, the Monaco Solar & Energy Boat Challenge has been running since 2014, and in 2015 it became the world’s first solar-powered offshore boat race.

Superyacht designer and Cluster Yachting Monaco vice-president Espen Oeino is also throwing his weight behind the challenge. “It’s a great meeting, as it is only by working together that the industry can move forward,” he said. “Today, it’s only a question of time before they improve the storage capacity of a battery.”

The Silent Yachts 55, with its battery bank and solar panels, is a glimpse into the future of motorboats, but