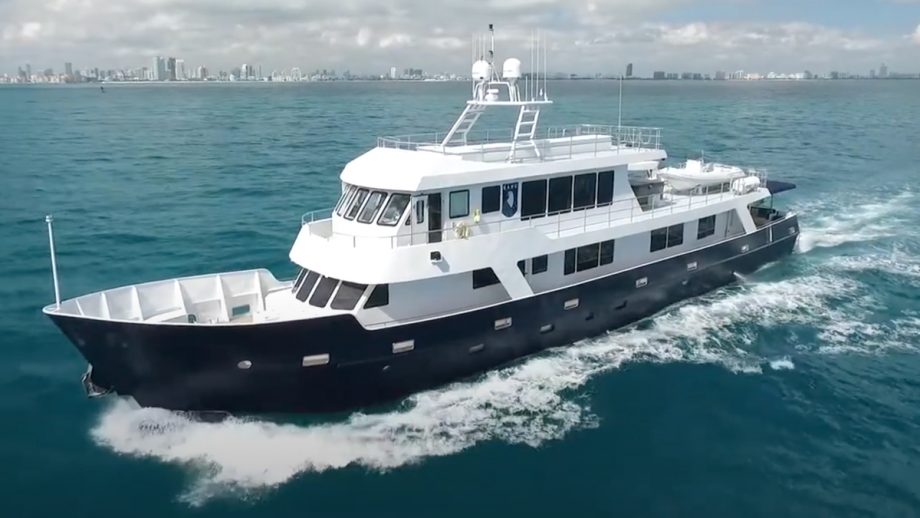 A 120ft superyacht that was seized by the National Crime Agency as part of a drug trafficking operation will be auctioned off later this month.

MY Kahu is a superyacht with a colourful past and she will hopefully be getting a brighter future after an online auction with Wilsons later this month (April 27).

Built in 1979 by Whangarei Engineering for the Royal New Zealand Navy, she was converted into a superyacht in 2010.

Seized by the National Crime Agency after £130m worth of cocaine was found on board, she is now set to get a new owner.

The video above shows her condition back in 2018, so there’s clearly a lot of potential for long-range cruising, with both a light ice class steel hull and a relatively shallow draft of less than 8ft.

Wilsons have not revealed a reserve price or a guide price for MY Kahu, but prospective bidders do need to pay a £1,000 registration fee.

“We are proud to facilitate auctions on behalf of our government and law enforcement agency clients,” said Mark Woods, Government Contracts Manager at Wilsons Auctions.

“We play an important role in realising a large quantity of assets on behalf of these clients and in recent years, these auctions have seen us responsible in returning £130 million back into the public purse,”

“The online element of the auction is extremely convenient for bidders around the world to register and get involved,” he added. “This will be an exciting one to watch.”

The auction is due to take place on the Wilsons Auctions website over a 24-hour period starting at 3pm (BST) on Wednesday April 27. Prospective bidders can pre-register now.