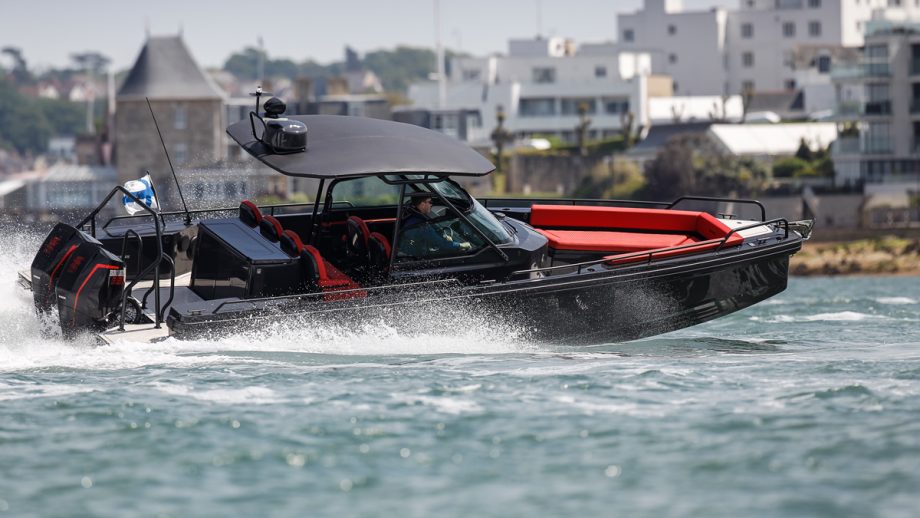 When is an Axopar not an Axopar? When it’s a Brabus! The Brabus Shadow range takes two of Axopar’s most popular models and supercharges them…

For the uninitiated, Brabus is a German auto tuning house that has teamed up with Axopar to make extreme performance versions of the popular Scandinavian day boats.

The Shadow 500 is first up here. Using the Axopar 28 as its basis, the hull has been reinforced with kevlar so it can withstand much higher speeds.

And that’s just as well, as Brabus has opted to strap a pair of 250hp Mercury Racing outboard motors on the back, giving an extremely spicy top speed in excess of 50 knots.

The Shadow 500 has been given the full Brabus interior treatment too, with lashings of premium fittings, such as leather seating, an uprated audio system, and much more besides.

A similar principle was used to create the Brabus Shadow 800, except they used the Axopar 37 as the starting point, meaning that more even power and performance is possible.