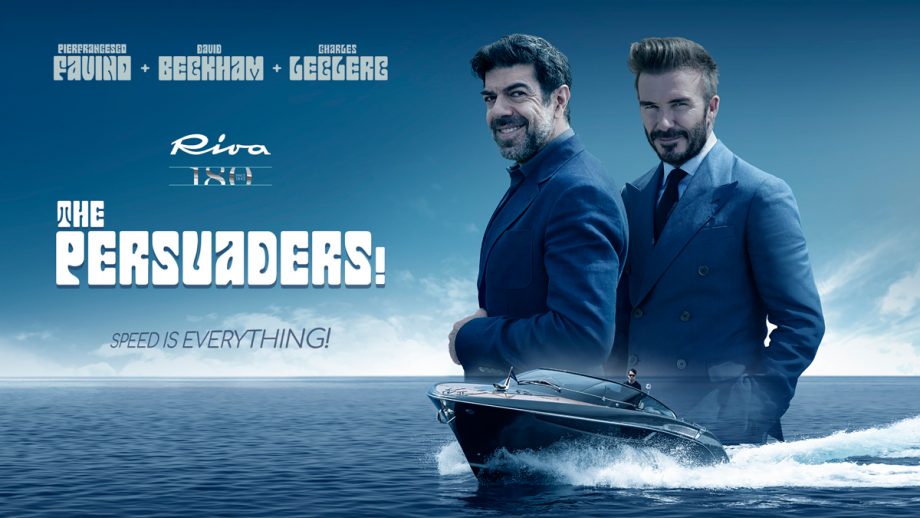 Riva is celebrating its 180th anniversary this year and has marked the occasion with short, but big-budget film that stars three famous ‘friends of the brand’...

It’s a homage to the original made-for-TV series The Persuaders (in Italy it was Attenti a quei due), which was a huge hit in 1970s and starred two late greats – American movie icon Tony Curtis and British actor Roger Moore, who of course went on to have a cheesy spell as the third James Bond and later gained a well-earned knighthood.

There’s very little script, just the original show’s score with road noise from a couple of supercars, one classic Maserati Mistral and one current Ferrari Roma.

Beckham and Favino then hit the water for a race in modern Riva sportscruisers, before boarding a Riva 50M superyacht to meet Leclerc for a game of Scalextrics on the sundeck.

Regardless of what you think of the cheeky grins from the protagonists, the French and Italian Riviera back drops and several of the Rivas used are glorious to behold.

The Dolceriva hit a top speed of 39 knots on test