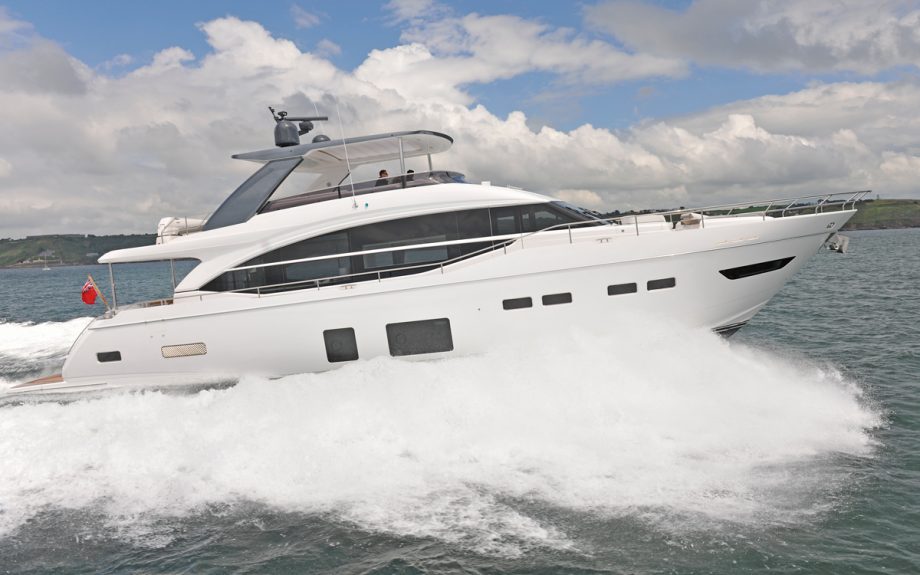 Could you imagine yourself running this boat without a crew? It’s just about plausible. Nick Burnham shows us around the spectacular Princess Y75...

A 24m load line length is the limit for most boat owners’ ambitions, as this is when a whole host of difficult regulations kick in, and the Princess Y75 limbos under that expertly.

In this video, Nick Burnham shows us what you can get in the upper end of that size bracket, and to put it frankly, it’s a lot.

Moving inside and the open-plan saloon is simply immense, with separate areas for lounging, dining, cooking and navigation.

Below decks, there is room for eight guests to stay the night, including two twin cabins and a VIP double in the bow, as well as a separate-access owner’s suite, which stretches across the full beam of the boat.

While a boat of this size doesn’t strictly need crew, it’s often an option that owners take up, and so the Princess Y75 comes with a two-berth crew cabin, which is finished to the same quality as you see in the guest quarters.