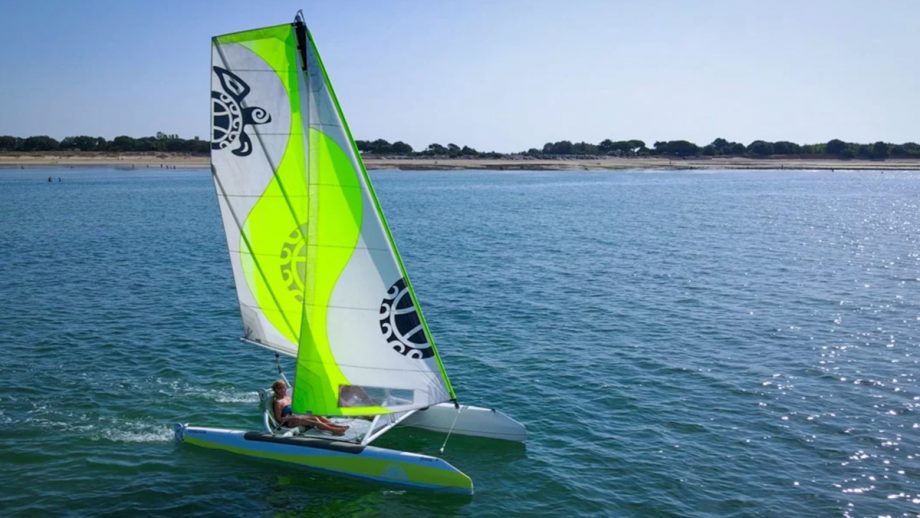 That the world of folding sailing boats is growing larger can only be great news for the motor boat owner who likes to carry toys on board.

A burgeoning range includes flat-nosed collapsable wooden dinghies, RIBs with sailing rigs, the Reverso high performance race boat that can split into thirds and now a catamaran in kit form.

Hailing from La Rochelle, the IZIBoat is light (and narrow) enough to be towed behind an electric bicycle, but large enough to carry up to four passengers weighing up to 260kg.

The frame is assembled by being plugged together and then tensioned to lock it into place.

No tools are needed and assembly takes less than 15 minutes (the record is under nine minutes).

Weighing 152kg in total, the hull length is just over 5m (so roughly the beam of a Princess 62) and when folded the package width is just 62cm.

Prices start at €8,990 (excluding delivery) and a top speed of 14 knots is possible.

The IZIBoat is the brainchild of François Tissier, who wanted to combine the stability of a catamaran with the simplicity of a windsurfer and joystick steering.

His vision was that the IZIBoat would be ideal for island-hopping in the South Pacific, but we can see it being a hit in more temperate climates too.