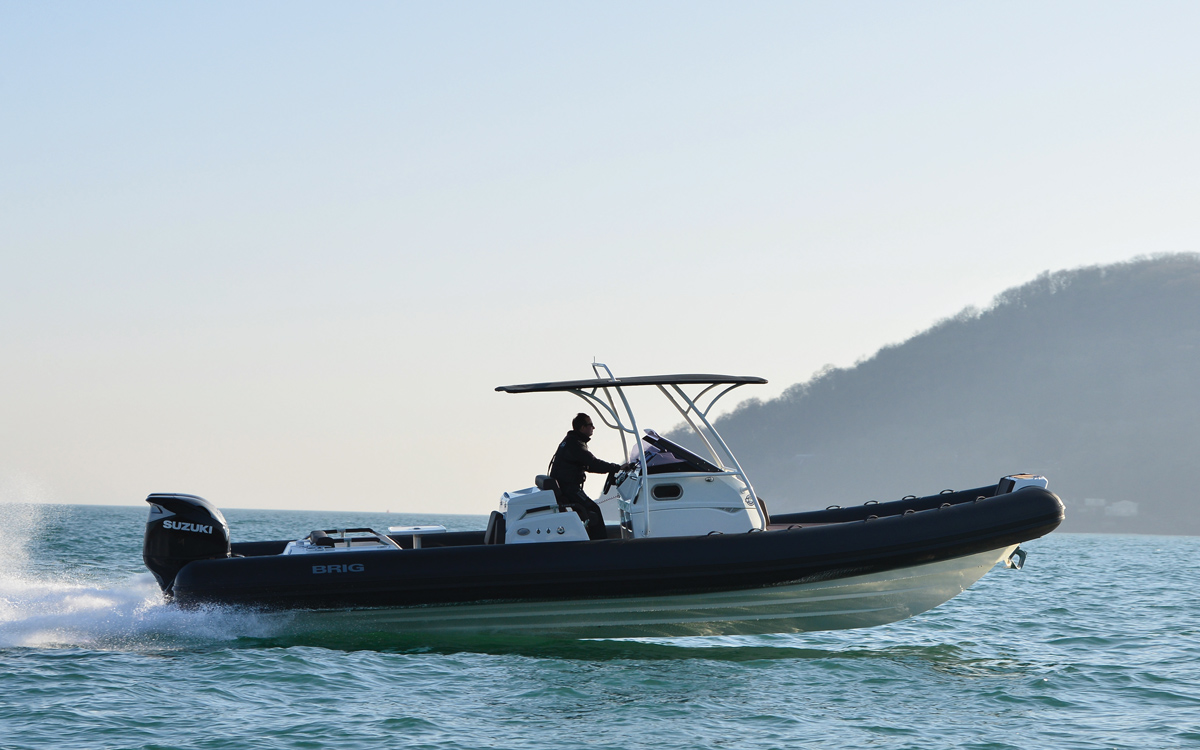 The flagship of this cabin RIB range is billed as a high-speed weekender - does it stack up? Nick Burnham puts the Brig Eagle 10 under the microscope

The nose of the Brig Eagle 10 encapsulates its ethos very neatly. Rather than the bow reaching a sharp point, it is squared off, almost as if it ran into a wall at some point. What this gives, of course, is useable internal beam right to the tip of the boat rather than rendering the last couple of feet of the front unusably narrow. As a result there is room for a comfy seat over a hatch that hides the standard fit Lewmar electric winch.

It’s an ethos that extends through the whole boat. At 3.4m wide, it’s not only far beamier than the ultra high performance but similar length Goldfish 29 Sport, for example, it’s wider even than a Goldfish 36 Supersport. The tubes are fat too, adding more buoyancy and height to the sides of the boat.

Based in the Ukraine, Brig has been in business since 1991 and claims to be the largest builder of inflatable boats in the world which, with an output of around 5,000 boats a year from its 100,000sq ft facility, is entirely believable.

The range runs from Falcon Tenders, which start at 3m, through to a larger Falcon Rider range, a Navigator series and finally the top-end Eagle boats that straddle 3.4m, through to this range-topping Eagle 10. Each boat gets its own mould, rather than altering the length for different models – hence that beam.

Read the full review of the Brig Eagle 10 in the June 2019 edition of MBY.