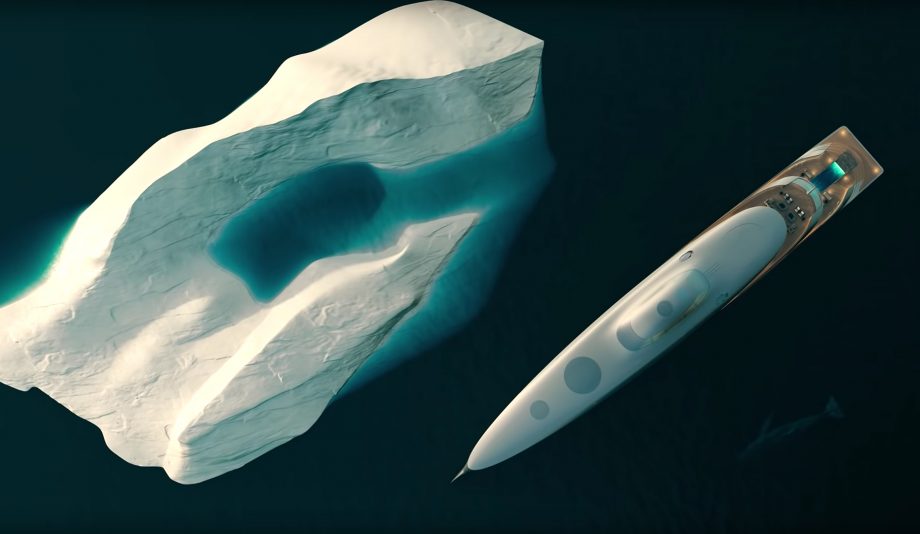 If built, this 112m Sinot Yacht Architects concept would be powered by completely by liquid hydrogen

Alternative fuels have made small waves in the yachting industry, but this ambitious superyacht concept could turn these into a tsunami. Aqua, an innovative concept by Dutch design studio Sinot Yacht Architects, was revealed at the 2019 Monaco Yacht Show.

In order to bring turn this concept into reality, it will take more than two years, (not to mention upwards of £500m). Hydrogen power has long been feted as the answer to our reliance on fossil fuels, but large-scale experiments on its viability at sea are few and far between.

One such example is the cutting-edge catamaran/floating laboratory Energy Observer, which was launched in June 2017 and has visited more than 25 countries, demonstrating how it converts water into electricity. The process is highly involved and is explained in detail by MBY editor Hugo Andreae in the video below:

It is not yet clear whether Aqua would use a similar system, but it would have to be dramatically scaled up, since the vessel is more than three-times as long, and likely more than ten-times heavier. Nonetheless, Sinot claims that Aqua could reach a top speed of 17 knots and cruise for up to 3,750nm before needing to refuel.

If it were to come to fruition, this project would provide a shot in the arm for the yachting industry and those pushing the envelope of alternative fuels in particular. Prominent examples include Greenline Yachts, whose entire range is available in hybrid as well as diesel-powered versions. Meanwhile, British yard Sunseeker International plans to launch its first hybrid model later this year as part of a partnership with marine engine manufacturer MTU.

Widespread media reports had claimed that Aqua has been sold to Microsoft founder Bill Gates, but this has since been denied by the designers. The build yard for Aqua is yet to be determined, but Sinot has a long-standing relationship with Feadship, one of the Netherlands’ biggest superyacht builders, which launched the 83m hybrid superyacht Savannah in 2015.