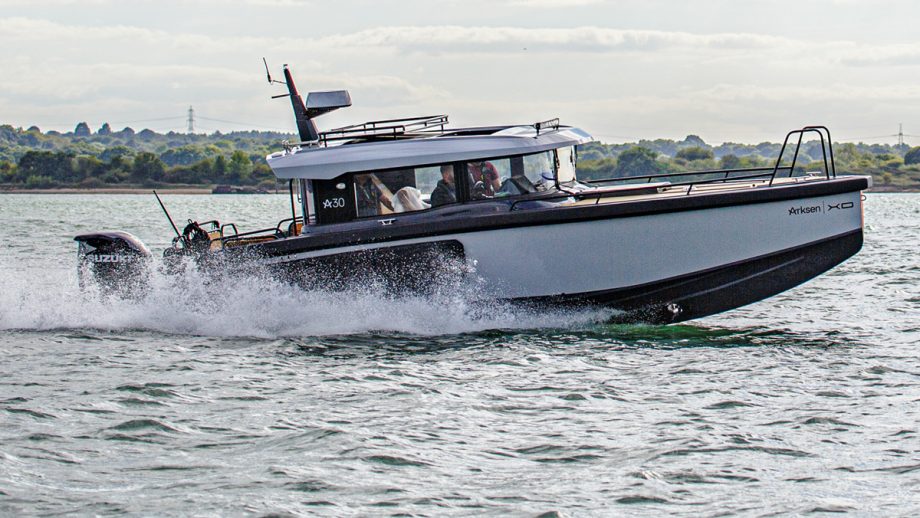 Reporting from the 2022 Southampton Boat Show, Motor Boat & Yachting editor Hugo Andreae takes us on a full tour of the Arksen A30 Adventure yacht, which was making its global debut...

The Arksen A30 is the very first boat from a new British boat manufacturer, which already has a lot of irons in the fire.

As well as the long-range Explorer series, including the flagship Arksen 85, they are also building the Adventure series – smaller, faster boats built in association with XO and Ring Powerboats.

The Arksen A30 was built in the XO factory in Poland from an aluminum hull that has been specially adapted by Arksen.

Key features include thick foam fendering that runs all along the boat, giving the exterior a more robust, semi-commercial look.

Tough but efficient aluminium displacement hull enables a range of 3,000nm at 8 knots

And by using foam instead of rubber they’ve reduced the displacement by 50kg, improving fuel efficiency and lowering the centre of gravity.

Moving inside and the styling is very impressive – it may look like a Land Rover of the seas on the outside, but on the inside it feels more like a Range Rover.