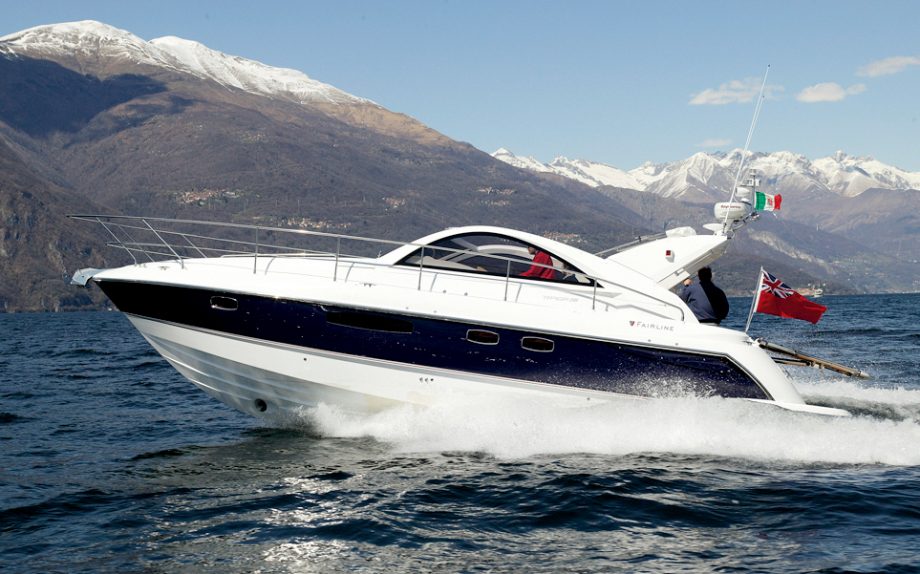 A tour of a 2006 Fairline Targa 38 leaves Nick yearning for a bygone era of British sportscruisers...

To borrow a cliche, they sure don’t make ‘em like this anymore! The current Fairline range starts with the 47ft Fairline Targa 45, which will set you back more than £700,000.

To look at it, you’d have no idea that this Targa 38 was a teenager – between the carefully maintained interior and the exterior styling, which has aged remarkably well.

Indeed, Nick is so taken with it that he admits that he would happily buy one with his own money (funds permitting, of course!)

The Fairline Targa 38 hits the sweet spot in that it is small enough for a couple to handle, but big enough to include aft deck dinghy storage and two decent-sized cabins.

Being a Fairline, the Targa 38 has to perform out on the open water, and twin 310hp Volvo Penta D6 engines take care of that – our 2006 sea trial saw this boat hit 35 knots flat out, with a cruising range in excess of 200nm at 20 knots.