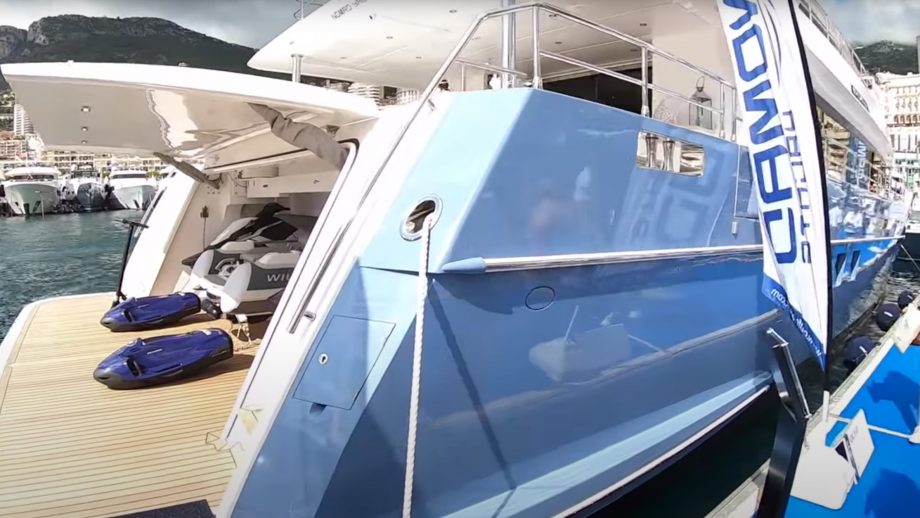 Want to travel the world in style? This Gulf Craft Nomad 95 could be the perfect vessel in which to do so…

When you think of seafaring SUVs, Finnish wheelhouse bruisers like the Botnia Targa normally are the first vessels to spring to mind, but this Gulf Craft Nomad 95 is also billed as an SUV.

Launched by the UAE-based yard in 2019, the Nomad range of rough, tough long-range cruisers aims to combine the superyacht lifestyle with serious offshore pedigree.

In this video, filmed at the 2019 Monaco Yacht Show, Nick Burnham shows us around the biggest model in the range, starting with the impressively capacious tender garage, which can swallow a Williams Jet Tender as well as two jetskis and a pair of Seabobs.

Moving inside and the star of the show on the maindeck is the owner’s cabin, which is situated where you might normally expect to find the bridge on a boat of this size.

The helm is found on the upper deck in the kind of Portuguese bridge configuration you might expect to find on a Nordhavn explorer yacht.

Of course, the Gulf Craft Nomad 95 couldn’t claim to be an SUV without a properly robust engine set-up, and so the engineroom houses a pair of Caterpillar C32 ACERT engines that give a 1,400nm cruising range at 13 knots.