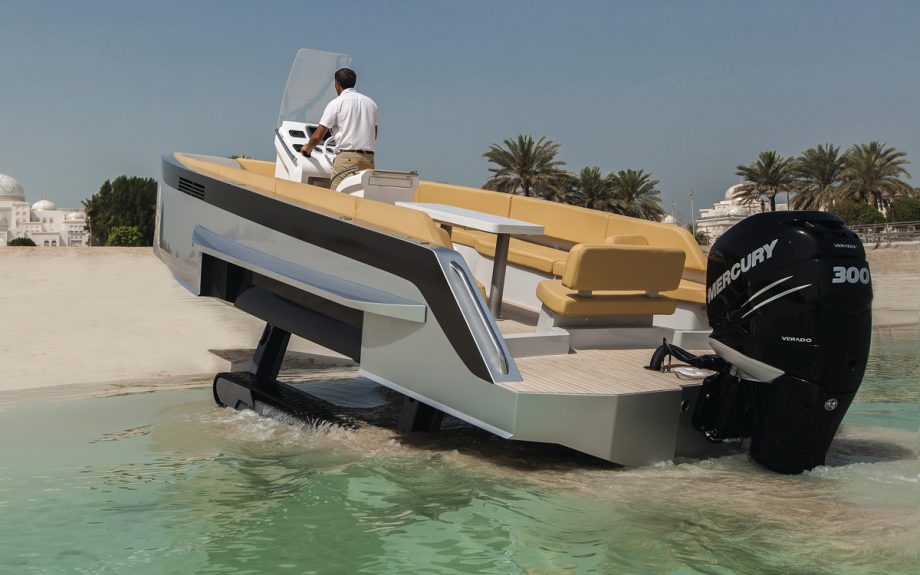 Amphibious boats have been around for a few years now, but with its caterpillar tracks and superyacht tender styling, the Iguana 29 could be the coolest of the lot.

In this video, Nick Burnham heads into the English Channel off Lymington to get the full Iguana 29 amphibious experience.

First he shows us around the open layout, which includes plenty of seating and storage around a centre console helm.

The French yard is renowned for its superyacht-worthy standard of fit-out, and as the original model in the range, the Iguana 29 is the primary example of this.

Next up, the throttles are buried for a high-speed run, allowing Nick to take in the Iguana 29’s exhilarating 40-knot top speed.

Finally, it’s time for this boat’s party piece – the seamless sea-to-land transition, which makes fiddling docking manoeuvres a thing of the past.

Once on land, Nick’s able to show us around the Iguana 29’s super-sleek exterior and knife-shaped bow.

In fact, forget amphibious boats, Nick thinks this Iguana 29 just might be the coolest boat in the world full stop.