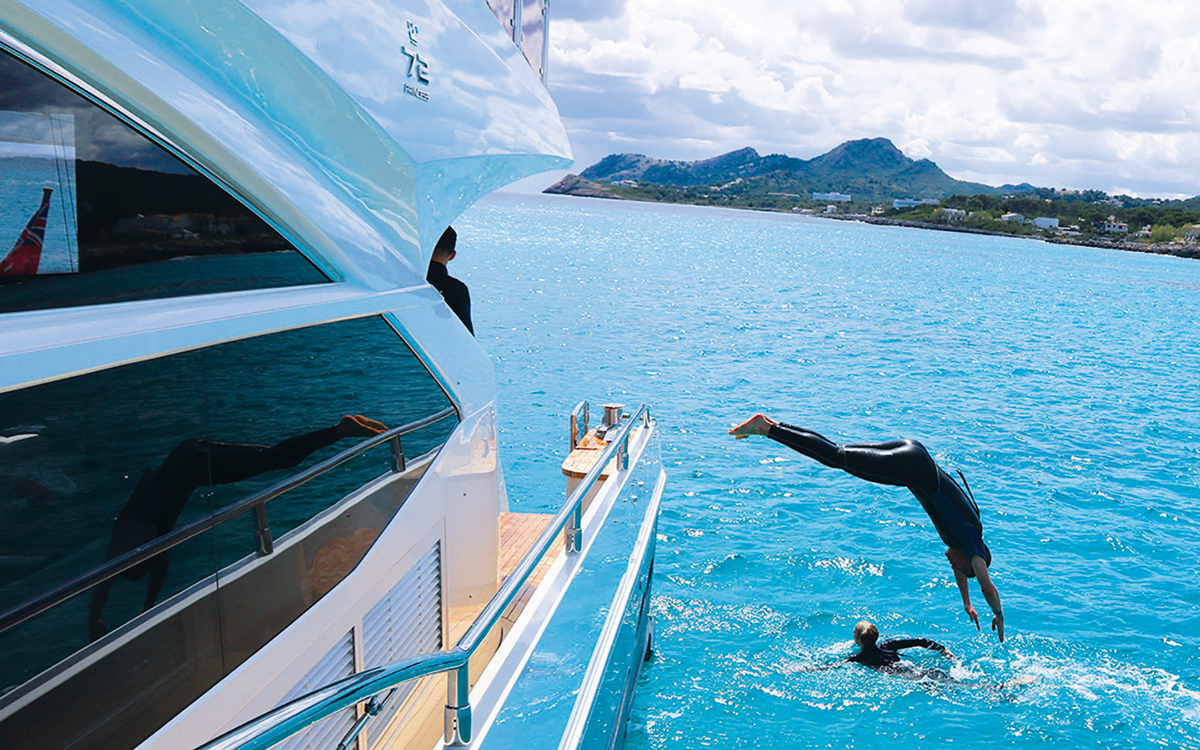 I know everyone thinks I spend my working life swanning around from one boat launch to the next but the reality isn’t quite as glamorous. Obviously, it’s still way better than an actual job but in reality I spend 90% of my time sat in front of a computer screen and the remaining 10% running around like a blue-arsed fly desperately trying to fill the next issue of MBY.

The only time I get to enjoy boating as a social experience is when I turn on the out-of-office email, head down to Poole with my family and friends, fire up the engine on my own 22ft Karnic and head out for a day on the water. It’s not flash, it’s not luxurious and the water’s freezing but I love every minute of it.

So when an email dropped into my inbox at the end of last summer asking if I’d like to experience a few days on board a crewed Princess 72 Motor Yacht in Mallorca, I was actually rather wary of accepting it.

I’ve been around long enough to know that there’s rarely such a thing as a free lunch and I wasn’t sure I was comfortable with the idea of someone else looking after us. Call me a control freak but that’s usually my job.

I was talked into it for two reasons. Firstly, the boat belongs to Boats.co.uk and the Barke brothers who run the business are as straight talking as anyone I know. So when they said they expected nothing more than the usual honest, independent MBY review of their newly launched charter service, I believed them.

And secondly my wife threatened to break my arm if I even thought about turning it down. So I did the decent thing and offered to take one for the team.

In the first of a new video series, John Boyle sets off from Mallorca in his new Princess V39 and