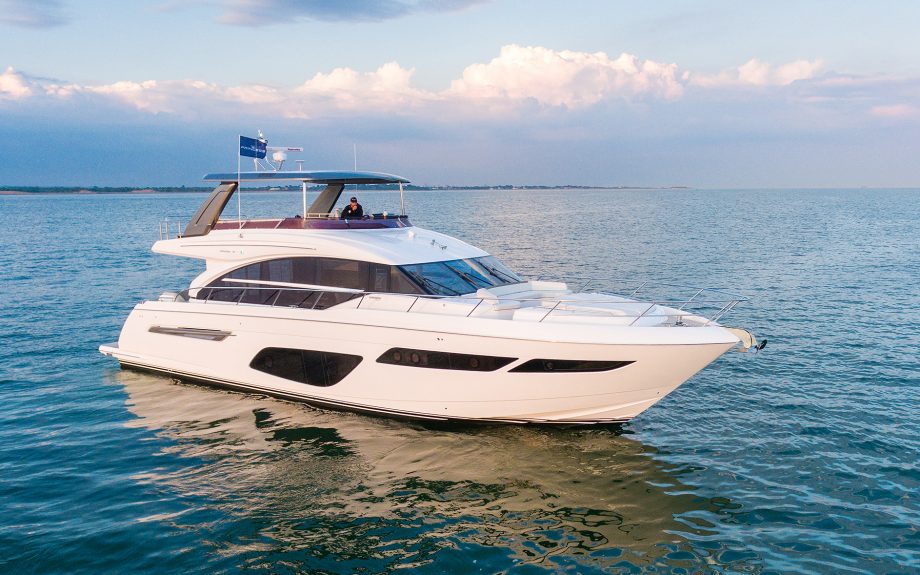 No matter how long you’ve been filming boats (and Nick has been doing that for quite a while) some models can still make a big impression, and the Princess F70 is certainly one of those...

In this video, filmed at Boats.co.uk’s Essex headquarters, we take a look around a brand new £2.6million Princess F70, fresh from the Plymouth factory.

A truly impressive yacht, this is the flagship of the British yard’s flybridge range and as such it comes with everything you could ask for on an owner-operated yacht.

Four guest cabins, including a separate-access owner’s suite, a decent-sized crew cabin, a sprawling flybridge and plenty of comfy areas for lounging and dining, both in the shade and the sun – all the key features are present and correct.

There are plenty of little touches that impress on the Princess F70 too, from the weighted Princess logo in the centre of the steering wheel, which is always the right way up, to the intricately shaped cutlery drawer so your knives and forks don’t rattle about when you’re thundering along at top speed.

Speaking of which, down in the engine room there’s a pair of MAN V12 engines, which give this 37.5 tonne boat an impressive top speed of 36 knots.

It’s hard to find fault with a boat this accomplished, but at that price, you’d certainly hope so!