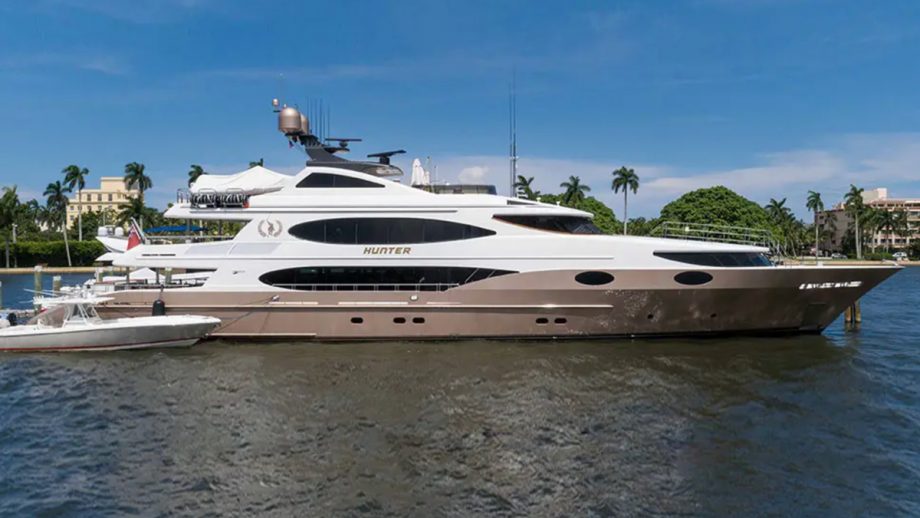 Nick shows us around the Trinity 164 yacht Hunter, a classic 50m American superyacht with an unusual twist!

At 161ft LOA, Hunter is one of the largest superyachts built in the USA to date, but that’s not the most interesting thing about this Trinity 164 model.

In this video, filmed at the 2020 Miami Boat Show, Nick Burnham shows us around her fascinating interior, which includes a casino in the main-deck saloon.

Complete with a roulette wheel, Black Jack table and craps table, it offers the current owner’s guests a taste of the Las Vegas lifestyle on the high seas.

With its near-50m length, Hunter can pack in some seriously supersized features, such as the owner’s suite, which includes a separate lounge, office and gym, before three steps lead up to the bed itself, giving a commanding view over the bow of the yacht.

Four further guest cabins are situated below decks (three doubles and a twin), all of which are ensuite, while the crew quarters include a bridge deck captain’s cabin, plus room for up to ten further crew members across five cabins.

When this video was filmed, Hunter was offered for sale with Denison Yachting, asking $14,000,000, but she has since been sold.