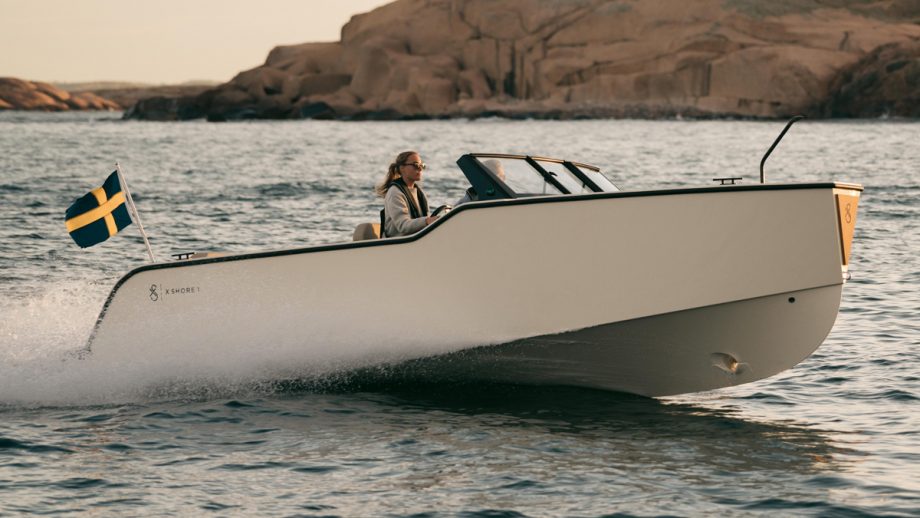 Reporting from the 2022 Cannes Yachting Festival, Motor Boat & Yachting editor Hugo Andreae takes us on a full tour of the X Shore 1, which was making its global debut.

The X Shore 1 was one of the smallest, but also one of the most exciting launches at the 2022 Cannes Yachting Festival.

What makes this electric boat so different is the price – starting at just under €100,000 (ex. taxes) it’s roughly a third of X Shore’s debut offering, the Eelex 8000.

That cost saving comes partly from a reduction in length (6.5m vs the Eelex’s 8m LOA) but also from how lightweight the construction is.

Built in-house, the X Shore 1 weighs just 1,600kg (the Eelex weighs 2,600kg), meaning you can get the same performance despite only carrying a half-sized 63KWh battery bank.

There’s no skimping on power though, it uses the same 170KW motor for a 30-knot top speed, and the acceleration should be absolutely electric (both literally and figuratively!)

The drawback of the smaller battery capacity is seen in the range, which is just 50nm at displacement speeds and 20nm at planing speeds. Don’t let the cuddy cabin fool you, this is definitely a dayboat, not a weekender.

On board there’s a really nice layout with a flexible backrest that slides backwards and forwards, as well as a helm seat and a navigator’s seat with flip-up bolsters that can rotate around to face into the cockpit.